I have been running through the alphabet on my FaceBook page.  Today "P" is for price.  Can we put a price on human life?  I think in our culture and society this is so when excluding from health care eg eye exams, some blood work, dentistry, chiropractic and naturopath while including others eg pap smear, physical exams, cancer treatments.  How do we measure what should have a monetary value and what should not?  I preamble with this because my topic today could be seen as controversial.

Most recently in the last 6 months I have walked the path with a person who has been charged with a DUI.  Driving under the influence.  A sin to say the least and something that continues to be driven home (pun intended) over and over again.  Valuing  human life is on the top of the list as to why people should not drink and drive.  That being said I have been guilty of this crime in the past and am ashamed to admit it.  However, if you are honest I believe there are few who will read this blog that could not admit the same.   {Hang head now and be thankful you did not get caught}

I feel a pull to list out the journey of the person who is charged with a DUI.  Maybe in our materialistic, money driven society someone will say “Holy Smokes!” or “Wow” and NEVER get behind the wheel again after having even one drink.

On the given day outdoor fun was had by all.  Playing around with a group of close friends trail riding, camp fire, joke telling and laughter.  A few beers enjoyed in the warm sunshine.  After a long day of exhausted play a trip for a solid meal was on the young man’s mind before the final campfire of the night.  With the physical exertion and the snacks the driver felt in full control and care of the vehicle and, with a friend, jumped in the vehicle to go to the local MacDonald’s .  In the drive thru they were joking with the young person on the speaker ... continuing the fun of the day.  Got their food and headed back to the back yard camp site.

Upon pulling out of the MacDonald’s parking lot there was an OPP car sitting in a spot close by.  As the young men pulled out on to the highway the cruiser followed.  The young men were pulled over.  The driver was asked to step out of the vehicle and was questioned.  The smell of beer on his breath alerted the officer and there was an open case of beer behind the driver’s seat as the truck had been used as the central hub for all the riders during the day.  It was grand central station for the trash and empties.  A detail that should not have been overlooked when leaving the campsite.  The roadside breathalyser showed red and the driver was taken in for booking.  As the officer was talking with the driver he commented, “you do not seem impaired.” The driver concurred he wasn’t, he was in total control and of sound mind.   The officer then told the driver the MacDonald’s drive thru staff had called them and alerted them as drinking in the drive thru (which they were not but bottles were seen)  hence why the OPP were waiting for them to exit.   The truck was impounded, the passenger left on the side of the road, the driver arrested and taken for official testing and charges pending.  This scene could be played out by many people who feel they can drive after drinking.  We all hold our alcohol differently.

This is where I want you to read closely and pay attention.

One night in jail – Personal cost of humiliation, finger printing, criminal record.
Fine for open alcohol -  $225
Cost to find ride home from police station the morning after – personal cost of humiliation asking for a ride.
Getting a ride to find your vehicle at whatever impound it was taken to and getting personal items left in it the night before.
Seeking and finding a ride to work for the foreseeable future or locating transit schedule.  Getting groceries so you can eat.  Making arrangements to pick up children for visitation if you are sharing custody or getting kids to school and back if you are custodial parent.
Seven day impound (mandatory for over 0.08) $780      Picking up vehicle takes three people and one car.  You have to be driven there with another person to drive your vehicle home and park it for you to look at until you can drive again.
Minimum lawyer’s fee - $1500 (if you are lucky, plus HST)
First court appearance – Cost of ride there unless you send your lawyer on their own, getting disclosure and scheduling the second court appearance.
Second court appearance – cost of ride there unless you send your lawyer alone.
Third, Fourth or Fifth court appearance – in this case the disclosure was delayed, so until the court had it they would not entertain a plea.  There were four court appearances before a guilty plea could be entered.

Some tidbits of information:
Did you know you can be charged with impaired driving and/or driving over 0.08?  If charged with both that is very serious.  You can be charged with impaired driving without having consumed alcohol because impairment is based on your demeanor and your ability to function in the presence of the officers.  In this case the officer stated “you do not seem impaired” so there was only the charge of over 0.08 which was determined at the station by an official breathalyser.  This person’s blood content was 0.11 slightly over the legal limit.  Still “over” none the less, and guilty as charged.

There are different options now for first time offenders.  If you qualify you can have your license returned to you after 90 days.  Keep in mind when you receive a roadside suspension of 90 days you serve this until you are officially charged.  Then the 90 day criminal charge starts.  So in this case, because the disclosure was delayed the driver was without license for 60 days of the 90 day roadside suspension before being officially charged and is now serving the 90 day official suspension.  By the time he is driving again it will be 5 months with no license.

After the 90 day official suspension is served then there will be the install of an ignition interlock system which is $125 per month rental (nine months = $1116 + HST).  Each time you get into your vehicle you must plan and allow time to warm up and blow into the system before your vehicle will start.

You also must enroll in the “Back on Track” program at a cost of $568 which must be in place before you can get your interlock system put in your vehicle.

The insurance company notified they were dropping the driver as of the anniversary date of the policy.  The search was then on for a new provider.  $4000+ later new insurance is in place.


I believe one should never drink and drive because we value human life but I wonder if an honest account of a first time clean record offender and their journey might make a person stop and think.   If I can help one person to never have this experience the time and effort I put into this post will be worth it.
Posted by Cynthia Breadner at 13:10 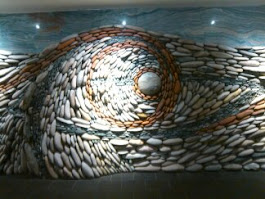